Jan Vandecasteele
Who
BHPA board
Where

During the last general assembly we talked about reorganizing BHPA as a professional union. The benefits and the process towards such a professional union can be reviewed here. The professional matter working group has been preparing this at length and has created a draft for a new membership organization broadening the society to increase its footprint within the medical landscape. We would like to discuss and receive feedback from all members about this reorganization and update the new membership organization according to the wishes of the members.

The end result of these discussions would be a voting during the next general assembly of all effective members concerning the new proposition as professional union. Due to the fact that the current statutes of the BHPA state that the general assembly should be organized in the first quarter of the year, we can not have the GA at the same time as the BHPA symposium.

Therefore we would organize a General Assembly by the end of March preceded by a written introduction to the new ideas (in this email and on the website), time for all members to give feedback (by the middle of February) and a live (virtual) discussion (by the end of February). In case the minimum number of members during the General Assembly are not met (2/3 of all effective members need to vote and 4/5 of these members need to vote for a change of the purpose of the society), we will organize a extra-ordinary GA during the next BHPA symposium in April.

As this is a lot to take in we, the board of BHPA, give a short recap and propose the next time schedule:

1.    End of January: e-mail to all members explaining the new membership organization for the professional union. (The mail you are currently reading)
2.    Mid February: deadline feedback via mail.
3.    End of February: Organization of an explanatory (virtual) meeting with a live discussion.
4.    End of March: Organization of official General Assembly voting for the new statutes (next to the other official stuff of a general assembly).
5.    End of April: Organize an extraordinary General Assembly during the BHPA symposium where we can vote again (should at least be 15 days after the GA) in case minimum numbers are not met. All info on how BHPA can become a professional union can be found here.

Now the reason why we need to vote is the following. We propose a new membership organization in which every Medical Physicist or medical physicst assistant involved in individual patient care can become an effective member.

We subdivide the effective members into three parts and have full voting right during every general assembly:

We also welcome other persons with same interests and anyone with the same goal of improving the quality of treatments delivered to patients. These Affiliated members have not voting rights and are subdivided into following parts:

The new structure of the new membership organization can be found on the website.

Monday 1st of March 2021 at 19h00 we would like to invite you for a virtual meeting during which the new ideas are presented. An overview of the feedback received will be also addressed, followed by a live discussion during which all questions and remarks can be addressed. 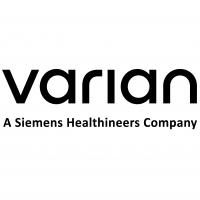